This site is directed at UK Institutional/Professional Investors only. It is provided for information purposes only and should not be construed as investment advice nor a recommendation to buy/sell any products nor as an offer or solicitation to engage in any investment activity.

Back to all Articles

The European Parliament’s environment committee (ENVI) last week completed its review of the Commission’s proposed “Fit for 55” reform package for the EU ETS, and recommended several ambitious changes to the programme that could see prices push even higher in the coming years.

ENVI’s work is part of the preliminary stages of legislation in the European Union. Once the full EU Parliament have discussed and agreed on ENVI’s report, expected in June, the package will then go into a so-called “trilogue” process in which the Commission, Parliament and the Council of member states negotiate a compromise outcome that will be enacted into law.

The main changes to the package include:

The changes also include a one-off “re-basing” of the overall cap on emissions, which would see around 120 million tonnes cut from the cap in order to bring the trajectory of the market cap into line with the 2050 target of achieving net zero emissions. 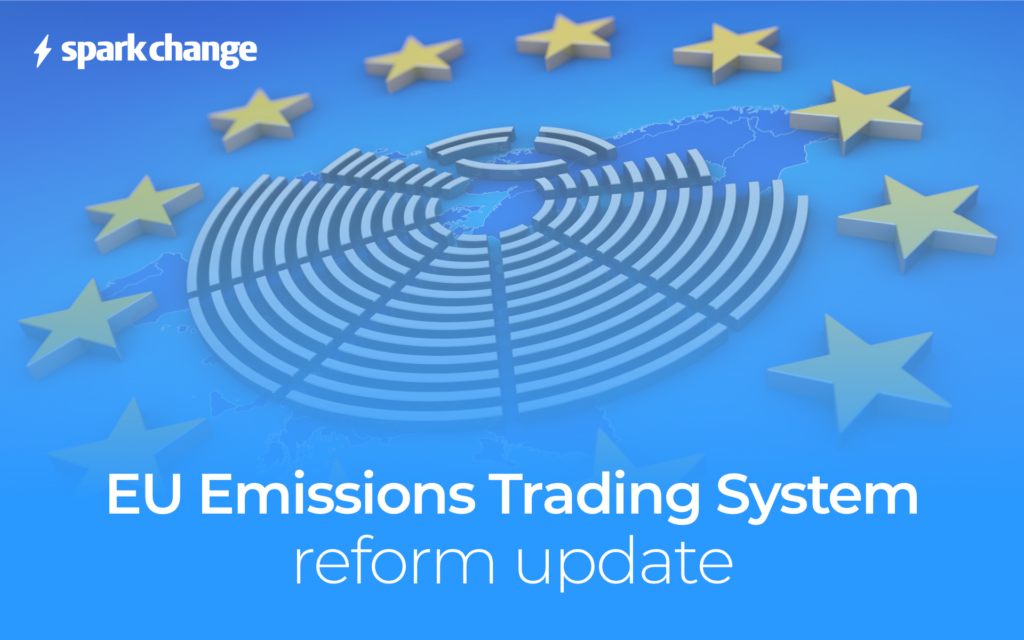 ENVI’s amendments were carried out in the shadow of a growing energy cost crisis in Europe, which has seen natural gas prices jump 70% this year alone, and by more than five times since the start of 2021.

The hike in energy costs has been exacerbated by Russia’s invasion of Ukraine, and this has also triggered an immense effort in Europe to wean itself off imported natural gas from Russia.

Most recently, the European Commission unveiled a new initiative aimed at achieving energy independence from Russia. The programme aims to “rapidly reduce dependence on Russian fossil fuels and fast-forward the energy transition”, according to the Commission.

The initiative includes measures to boost renewable energy generation by 45% by 2030 and to diversify Europe’s energy supply. Solar power generation is to double to 600GW by 2030, renewable hydrogen production is to reach 10 million tonnes by 2030 and permitting for renewables projects is to be shortened and simplified.

The RePowerEU programme will require EU funding of as much as €200 billion, and some of this is intended to come from the EU ETS. The Commission this week proposed to source €20 billion of this total by auctioning EU emissions Allowances from the Market Stability Reserve, a move that could see EU ETS supply grow by as much as 250 million  tonnes (assuming an 80€/tonne EUA price) between 2023 and 2026.

These new volumes would be gradually clawed back into the Market Stability Reserve, or would be used for compliance, as the Commission has tacitly acknowledged that moving away from Russian natural gas will likely imply additional use of coal for power generation in the medium term.

By selling EUAs from the MSR, the allowance surplus in the market would increase, so that the MSR would take in more allowances in the future and overall keeping the supply steady. However, while the proceeds from selling the EUAs would finance the RePowerEU measures, the reduction of future auction supply via the MSR would negatively impact member state’s auction revenues.

Allied to the RePowerEU programme, the Commission has also indicated that it would bring forward some EUA volumes from its Innovation Fund for sale in 2022. Around 17 million EUAs are anticipated to be added to EUA auctions later this year as the bloc’s regulator looks to double early funding for renewable energy projects to assist with its energy strategy. plan to source €20 billion by auctioning EU Emissions Allowances from the Market Stability Reserve has already been met with resistance from multiple sources. An initial meeting of member state envoys reportedly saw Germany, Denmark, Luxembourg, the Netherlands, Austria, Finland and Ireland stating their opposition to the plan. A coalition of environmental groups have published a letter urging MEPs to reject the proposal. Some industrial emitters, who would in theory benefit from looser EUA supply, have also expressed their concern, with the CEO of RWE, Markus Krebber, arguing that the proposal risks the EU ETS being ‘brought to collapse’ by the plan.

ENVI’s proposed amendments to the “Fit for 55” reform package also raised the prospect of intervention in the market to reduce the influence of speculative trading.

A proposed measure that was adopted by ENVI would prevent non-compliance entities, or their representatives, from opening registry accounts to hold EUAs.

The proposal was adopted with a comfortable majority across a coalition of EP (centre-right), ECR (right-wing, eurosceptic), ID (far-right, nationalist), RENEW (Liberals). Other parties in the Committee opposed the measure.

Market participants are by-and-large dismissive of the proposed change, suggesting that to prevent financial intermediaries from participating in the market would rob the EU ETS of transparent price discovery as well as liquidity, and they give the amendment little chance of achieving the desired outcome if it is approved.

The amendment is widely seen as a populist reaction to the wider increase in energy prices, and is not supported by some of the key MEPs in the Parliament, notably Peter Liese, the German lawmaker who is responsible for the file.

The environment committee’s report on the “Fit for 55” reforms, complete with its suggested amendments, now passes to the full Parliament for a vote in early June. Once passed, the complete package will be negotiated between the assembly, the Commission and the Council of member states to achieve a compromise acceptable to all. This sets a potential deadline for the reforms around the end of 2022.

The RePowerEU proposal will require separate legislation to the existing “Fit for 55” proposals. The legislation governing both the EU ETS and the MSR will need to be amended to allow for the release and auction of allowances from the reserve, and allocate that revenue towards the Recovery and Resilience Facility.

These proposals could be legislated alongside the process that is already underway for “Fit for 55”, with the goal of completing all of them by the end of the year.

DISCLAIMERS
Spark Change Group Limited (FRN 944451) is an Appointed Representative of Kroll Securities Ltd. (FRN 466588) which is authorised and regulated by the Financial Conduct Authority.

This communication has been provided to you for informational purposes only.

This communication is not intended to constitute, and should not be construed as, investment advice, financial promotion, investment recommendations or investment research.