This site is directed at UK Institutional/Professional Investors only. It is provided for information purposes only and should not be construed as investment advice nor a recommendation to buy/sell any products nor as an offer or solicitation to engage in any investment activity.

Back to all Articles

COP26 Preview: More countries and private markets must step up and enable action

COP26 Preview: More countries and private markets must step up and enable action

The long-delayed 2021 United Nations Climate Change Conference, also known as COP26, begins in just over a week, with the goal of finally completing the Paris Rulebook; the set of guidelines and rules that will establish the basis for climate action through to the middle of the century, when the goal is to achieve net zero emissions.

For the last six years, delegates from more than 190 countries have worked to implement the text of the Paris Agreement (passed at the 2015 COP) by developing highly technical rules governing: how countries should submit ambitious climate plans; how they should update them; how much money rich countries should contribute to help vulnerable nations; and even whether compensation is due to the poorest nations now experiencing the effects of climate change.

One of the most contentious areas to be finalised is the set of rules that will govern future international emissions trading, known as Article 6 of the Paris Agreement. This section of the accord sets out the principles governing how nations should carry out cross-border investment in emissions cutting projects, as well as an entirely new global offset market.

In the six years since the treaty was signed, climate negotiators have managed to chip away at the areas of disagreement in Article 6, leaving a short list of seemingly technical but highly politicised issues to be resolved. However, since in UN parlance “nothing is agreed until everything is agreed”, the future of an international carbon market under the UN umbrella remains in the balance.

Part of the problem stems from the fact that the United Nations Framework Convention on Climate Change (UNFCCC) has never agreed on how it should reach decisions. Proposed rules on a voting system have been put forward at every COP – but countries have never managed to reach agreement. This means that decisions must be reached by consensus. Many countries favour this arrangement as it gives them a greater voice in the process but it also means that decisions can – and often are – blocked by a single hold-out.

Similarly, talks on how to build a global market system have often been held up by a small number of countries; at the last COP in Madrid in 2019, it was Parties such as Brazil, China, India and occasionally Australia who objected to proposals that had garnered widespread support from least developed nations, as well as the majority of developed countries.

There are disputes over: how to account for transfers of emission reductions between nations; on whether to parachute the Clean Development Mechanism (a global offset scheme created under the Kyoto Protocol) into the new Article 6 system; and how nations should account for the sale or purchase of reductions from abroad.

These arguments have raged since the Paris Agreement was signed in 2015, and time is now running out for countries to reach a deal on how to implement emissions trading. Already, the private sector has run out of patience.

The Task Force on Scaling the Voluntary Carbon Markets (TSVCM) has gathered hundreds of stakeholders to establish a governance structure and build an institutional framework that will regulate the fast-growing voluntary carbon sector. In the last two years, hundreds of companies worldwide have set themselves net zero targets and are looking for a reliable, trustworthy and transparent system that offers rules, standards and a marketplace for them to source the emissions reductions they need.

Article 6 of the Paris Agreement could provide this, but it’s running out of time. As the work of the TSVCM progresses, the relevance of Article 6 may well diminish. Key stakeholders are already calling this year’s COP “the last chance for Article 6”.

A number of countries have acknowledged the slow pace of UN talks, and are moving ahead on their own initiative. Some, like Switzerland, Japan and Singapore, are piloting elements of a future Article 6 framework by building market infrastructure or testing bilateral reduction agreements.

Others are looking at ways to encourage greater ambition through implementing direct measures, such as carbon border taxes. The EU, UK, Japan and Canada are all considering such measures, and they could effectively set a global carbon standard, with which other nations would either align or pay a penalty.

The Intergovernmental Panel on Climate Change says that to remain on a pathway to 1.5 degrees Celsius, global emissions must fall by 45% (from 2010 levels) by 2030. The arguments over Article 6 have already cut 6 years of potential action from this critical timeline.

So far, the UN process has not worked well enough. COP26 needs to produce a result – but it’s becoming even more important that more countries, and private markets, step up and enable action on the ground and in the shortest possible time. 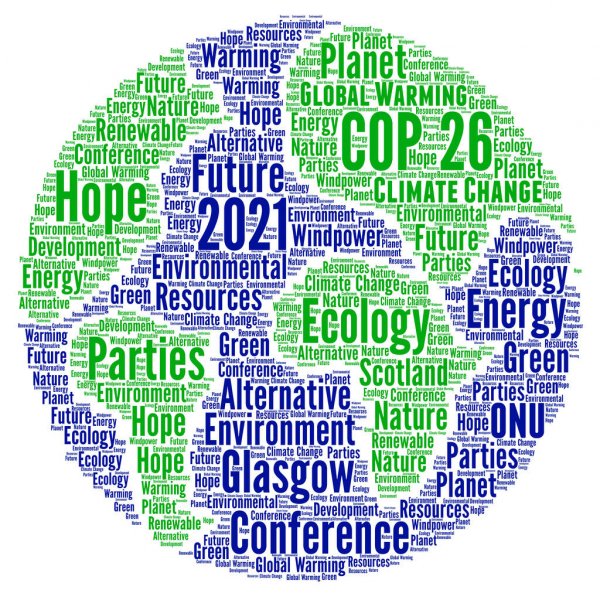